Nigella Lawson and the “Burkini” Debate

She is the British food writer and self proclaimed ‘domestic goddess,’ known equally for her Rubenesque figure as she is for her mouth watering recipes. So when Nigella Lawson was photographed on Bondi Beach dressed in what has been described as a “burkini,” it was guaranteed to spark a debate. Why did she cover up? And more to the point- why do we care? 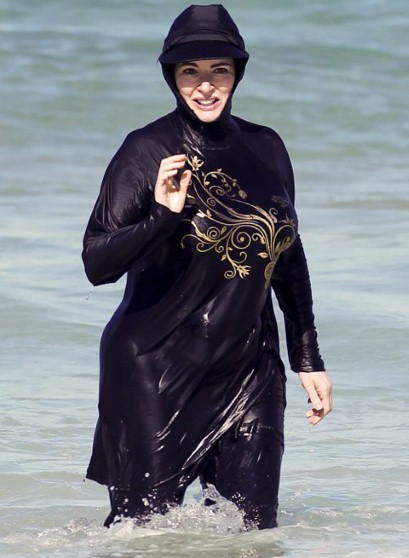 Suggested theories behind her choice of clothing range from it being a political statement, to extreme protection from the sun in an attempt to retain her alabaster complexion; either way Lawson was expressing her right to dress in a manner that she deemed suitable for the occasion.

Who would blame her if she was covering up to avoid the criticism faced by famous women whilst on the beach? As a woman of a certain age, and of a size which does not conform to conventional ideals, Lawson would no doubt come under the scrutiny of the usual host of women’s weekly magazines. The familiar ‘circle of shame,’ used to highlight even the smallest of ‘imperfections,’ reinforces negative body image instead of embracing diversity and empowering women.

As a fuller figured woman who seems comfortable in her own skin, Nigella Lawson represents an army of women who realise that there is more to life than what the weekly rags deem the perfect ‘bikini body.’

***
Post by Emma Case
Emma is a Fashion Marketing and Communications graduate who currently works as Sample Co-ordinator at a fashion trimmings company, she also works freelance as a fashion writer at Yogoego.com. Catch Emma on Twitter @EmmaOffDuty
***